The concert I wrote about a couple of posts ago has come and gone. Among the pieces on the program was the World Premiere of Sebastian Currier’s Artificial Memory. How exciting! Guitar-wise, I was stepping onto a new planet, created by but not tread upon  by the composer.

The passage below was among the hardest moments on the program for me. It’s very fast, very “almost repetitive”, and it’s six and half measures in the middle of seventy-five measures of similar fingerbusters.

What makes it so hard, other than just being very fast, is that almost all the intervals are a Major third or larger, necessitating a lot of string skipping, and almost no pull-offs or hammer-ons.

The high F, the highest note of the passage, can determine much. There are two places one can realistically play that note, if you’re playing a 22 fret guitar: on the first or second string. In each of these places, there are multiple fingering choices. The F on the first string could be played with the pinky, the hand positioned at the 10th fret. Or you could play that F with your second finger from the 12th position, or your first finger, 13th position. From these three positions, the rest of the notes could be variously found, with perhaps a few more choices to be made. 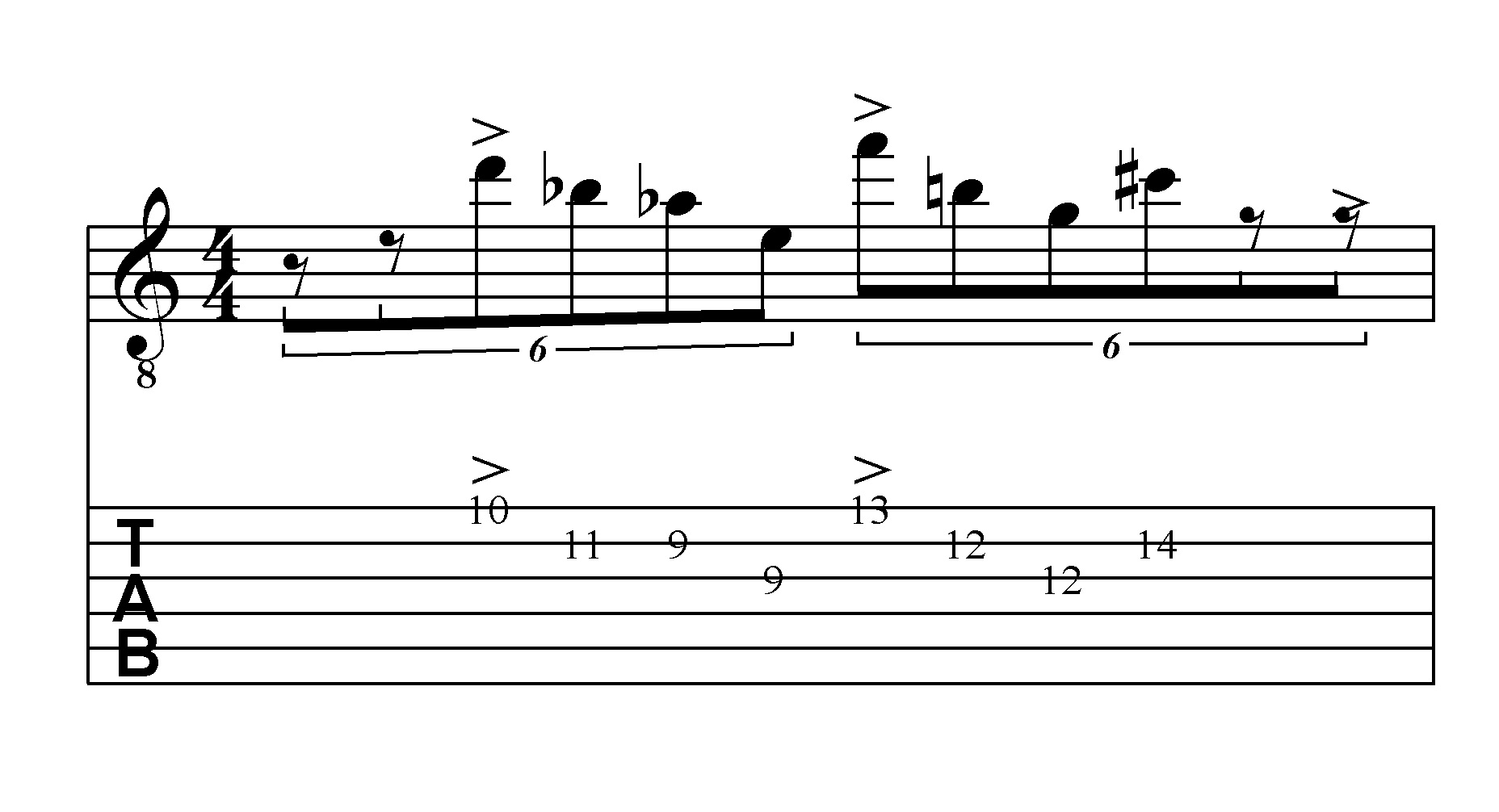 In the end I decided to keep it around the 12th fret, and try and use open strings.

I would recommend these six measures to any guitarist who enjoys a healthy workout. If any more incentive is helpful, I would say it’s not hard for me to imagine Herbie Hancock playing something like this in the celebrated Plugged Nickel recordings, or Coltrane on Interstellar Space.

By the way: the Ensemble did not end up playing this at the quarter note = 164 tempo, but closer to 150-154. Not because this was my upper limit, although it was; but it was felt that this was plenty fast, and that we could more effectively lay into it at that tempo.

This entry was posted in Guitar, Music Thoughts. Bookmark the permalink.